If you are an athlete or bodybuilder, it is natural that you will need the extra dose of energy and muscular strength to have an edge over competitors. Your natural GH isn’t sufficient to give you that quick bodybuilding and repair advantage. In such a scenario, you need some supplement to stimulate the production of HGH so that you could build your body better and stay fit.

What is the HGH?

Human Growth hormone (HGH), a small protein made by the pituitary gland, boosts growth in children and adults. A complex set of hormones found in the hypothalamus of the brain and the intestinal tract and pancreas controls the production and secretion of HGH in the human body. The level of HGH increases naturally following exercise, trauma, and sleep. This polypeptide consisting of 191 amino acid control, not just growth, but several other functionalities of the body.

Normally, HGH production escalates in the night as compared to day time. If we consider the whole life-cycle, then HGH production rises in childhood, peaks during adulthood and dissipates slowly with age.

Since it is effective in the production of protein, boosts fat synthesis, control insulin, it is highly popular among bodybuilders for its amazing results.

The recombinant HGH is available as a prescription drug since 1985 to treat GH deficiency in children struggling with dwarfism. Later, it was extended for use in HIV/AIDS patients to muscle wasting and patients suffering from short bowel syndrome. Its success made it an instant hit among several groups of people, including bodybuilders. The common benefits of HGH Powder are:

Nothing works effectively if proper diet and training aren’t followed. Same goes with the HGH powder. You have to do all possible normal activities to see the benefits of HGH. It is better to take this under the guidance of a doctor, as any miscalculation could create unnecessary troubles. If you are averse to the injection, you can opt for HGH powder supplement. An additional advantage of power is that you don’t have to suffer the pain of injection and you don’t have t worry about overdose challenges.

HGH power goes well with your natural body. Since these are legal to use, you are not under the ethical load of wrongdoing. Above all, maintain a good diet and follow an exercise regimen to stay fit. 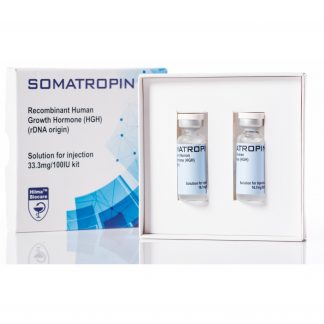