Our bodies function on the hormones. Without the proper secretion of hormones, our bodies succumb to unnatural changes. CJC 1295 or commonly known as DAC is a synthetic drug that excites the pituitary gland and facilitates the release of growth hormones.  DAC stands for Drug Affinity Complex. It is commonly used on adults suffering from growth issues. It is also extensively used as supplement for people who are in the bodybuilding industry.

The drug CJC 1295 DAC takes about 6 to 8 days to work. One of the side effects of the drug includes the patient feeling famished as DAC works on the growth hormone allowing the recipient to take in more protein and vitamin from their diet. Except for hunger, irritated skin, rashes, pain, redness are also side effects that one can suffer from.

Even though many debates have taken place showing the drug is a placebo drug and has no outcome but scientists have unfolded the mystery when they found out a single injection of the drug DAC increased the plasma GH level by 1.5 to 3 inches in 9 to 11 days. The drug is injected into the body for eight days. The drug should be used at least 3 times, once before breakfast, once before dinner and once after work-out.

There are some benefits that one might get when they take the drug CJC 1295 DAC. They are:

Even though CJC 1295 DAC is an efficient drug, the quality of it matters. Often customers are sold the low quality of the drug which can have adverse effects on the recipients. This is why it is always better to consult a gym trainer or a doctor. Their recommendation will not only help you but also provide you great benefit. 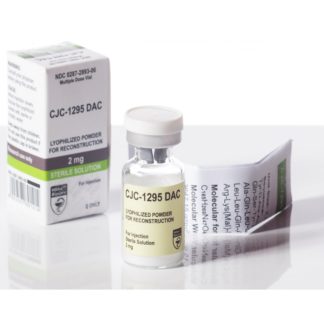